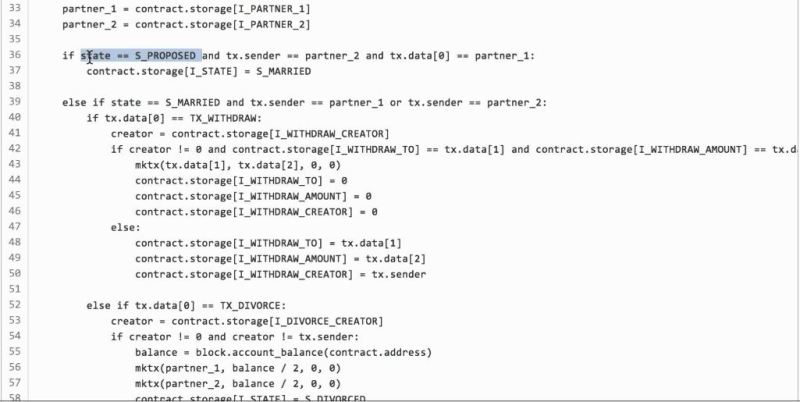 The smart contract age is here.

It is no longer a dream that code will form and execute contracts. It
doesn’t matter whether those contracts are human-to-human,
human-to-machine or machine-to-machine.

And it is the blockchain that is making that possible.

As 2015 was coming to a close, members of the blockchain community were
throwing about a new term. And the term was DAO. This is the acronym of
Decentralized Anonymous Organizations.

But the DAO didn’t really catch on until after 2016 was underway. This
is when Slock.it, took it up. Not just the term, but the idea. Slock.it
is a Germany-based startup that builds smart contract solutions.

In March the Slock.it team released the DAO
code on the Ethereum blockchain. It then invited
investment from anyone interested in being part of it. And to
participate, one had to buy the DAO tokens using the ether, Ethereum’s
native currency.

The response didn’t disappoint. By the close of the token sale on the
28th May 2016, the DAO had raised about $150 million.

There was excitement in the air. But that was to be short-lived.

Before looking at the dark moments that followed, let’s first explore
how the DAO is designed to work.

You can think of it as a company. Ok, not entirely (and you will see why
in a moment). The DAO tokens are basically shares. Anyone who owns them
is a shareholder.

Also, the DAO like a company buys and sells.

But that’s where similarity between the two formations ends.

DAO is different from a company

A company has a board of directors, Chief executive officer and a
chairman of the board. The DAO doesn’t have any of that. Every single
decision has to be voted on by all DAO token holders.

A company has staff and often an office. The DAO doesn’t have any office
or a staff.

The DAO is an organization with smart contracts guiding all its process.

And who makes proposals to be voted on?

Every DAO token holder is free to propose a project. Once it is
approved, it receives funding.

And that happens automatically. The smart contract guides the
arrangement.

The revenue is later shared among the DAO token holders.

What is the role of Slock.it in the DAO?

While the Slock.it team built the code, it doesn’t own it. However, the
need to fund its projects motivated the company to build it.

But Slock.it will be just like any other service provider. It will make
proposals, get funding, if the majority approve, and make products to
sell on the behalf of the DAO.

Now back to the challenges that have arisen.

The excitement and the celebrations on the success of the DAO in raising
such a huge amount of investment were cut short on the 16th June 2016.

Apparently someone had found a loophole on the code. And that weakness
was on the part that guides one to exit from the platform (also known as
splitting). This is where one goes to if they don’t want to be part of
the DAO anymore.

Ordinarily, this part of the code helps the exiting ‘shareholder
‘exchange their tokens for the ether. It turned out, however, that with
a little trick, the system was ready to give more than the exiting DAO
holder owned.

Think of it as an ATM machine that gives you money but doesn’t update
your new balance. That only leaves you with an opportunity to drain it.
That is basically what happened.

And on the 17th June the community woke up to find that someone had
siphoned close to $50 million from the kitty.

Is it a theft or an attempt?

But this isn’t really a classical hacking. Whoever did (no one knows
their identity yet) can be said that they used the platform as it was
designed to be.

Fortunately, however, they couldn’t complete the entire withdrawal
process. There are more hurdles they need to go through before they
finally have the money in their control.

And this has bought the DAO (and the Ethereum community by extension)
time to find a way to recover the money.

A fork is where a new code patch is made on the application that nodes
in the blockchain network run. It is soft if it allows those nodes that
don’t upgrade to continue functioning in the network. It is a hard fork
if it renders nodes that don’t upgrade irrelevant.

Forking as way to regain control of the lost money has however become
controversial. Some within the Ethereum community think such an action
will bring the effectiveness of smart contracts into doubt. How secure
is the smart contract if it can be overturned? They wonder.

The attempt theft from the DAO has shook confidence in the smart
contracts. The bigger picture however is that the DAO has proven that
smart contract is implementable at a large scale.

It is probably lost to many that nothing like the DAO has happened
before. And those mistakes at the initial stages are at worst lessons to
be learned from.

You should keep tabs on the DAO. It might turn out to be the blueprint
on how future companies will be run.